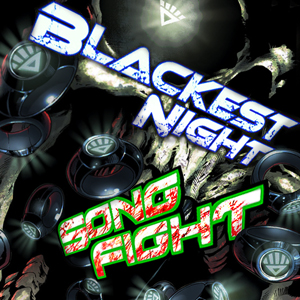 Epic Beard Man enters the fray of Nerdy Show’s Blackest Night Song Fight, but as he is a total badass he didn’t read the rules.

REMEMBER: Blackest Night Song Fight lasts all of March, so get crackin’ on those entries!  These prizes ain’t gonna win themselves.

Check out the article about it at Consequence of Sound and RT it to your homies.

Nerdy Strip is written and drawn by Aaron Haaland.