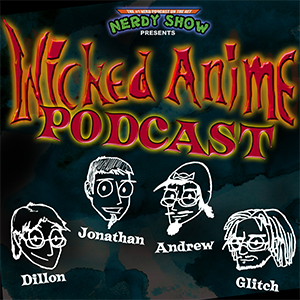 It’s the final week of con month for 2014!  In this episode, we’ve just stepped out of the doors of Anime Boston and we put out as much energy as we can muster!  Get ready for exhaustion and get ready for . . . for . . . I dunno, I’m going to bed.  This episode, we talk about AMV spoilers, gory panels, and Dubs on Titan!

PLUS!  This episode contains two separate recording sessions; one where we’re too tired for rational thought and one where members got sick!

Join this super-sized group of Jonathan, Andrew, Victoria, James, Christine, Kelly and Sarah as they talk about what’s happening in anime and everything they did at Anime Boston!