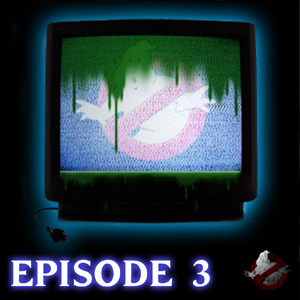 After their last terrifying encounter, the gang has decided to adopt the stray dog they found in the orange grove. While Nina takes it to get a check up and some food, the Ghostbusters receive a desperate call from an apartment building downtown.

All of the tenants televisions turn on by themselves and then blast full volume until 11pm every night. Even when power is cut from the building, the power cords fuse themselves into the wall. Not only that, some of the children claim to have seen a ghost during that time. It’s become unbearable and has started to affect other nearby buildings; so the tenants have pooled all their money together and are begging the Ghostbusters to help.

Can the gang put a stop to this phenomenon before it spreads across the whole city?

Due to some real life technical problems, we were forced to record this session over a laptop microphone. We apologize for the lack of sound quality. The next episode sounds much better.